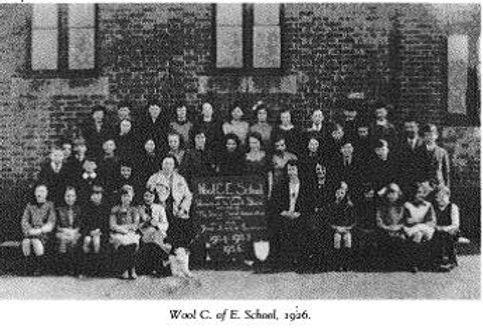 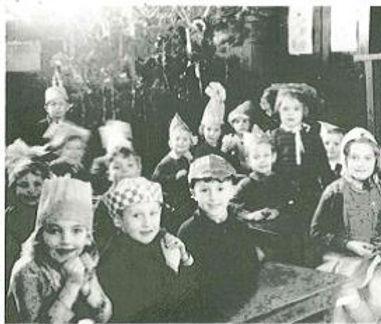 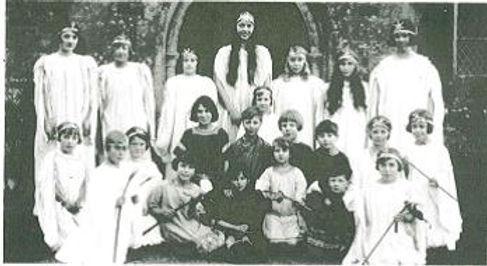 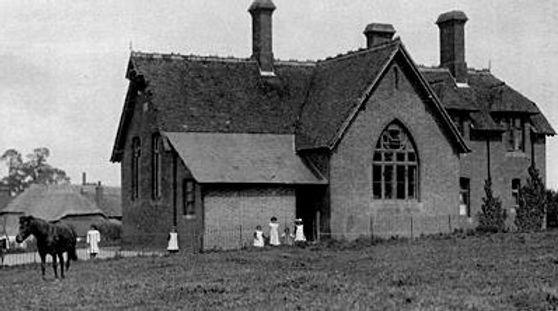 A short history of the school in Wool

The first formal school in Wool was the National School which was opened in 1850 in the High Street, more or less where Williams Bakers now stands – it later became the Catholic School. Prior to the National School, education in Wool had been provided in what was called a Dame School (a small school led by elderly women). At one time there was also a school in East Burton, and when it closed in 1967, the pupils were absorbed into Wool C of E School.

Up until the early 1870s the school had occupied a hall in the High Street. The present site was officially opened in 1872, as a result of the passing of the Elementary Education Act which required every parish to provide a set size of school relative to the numbers of pupils. The original buildings that stand to the left of the school (when viewed from the Lulworth Road) were designed to provide space for nearly 140 children (perhaps children were smaller in those days!), with a teacher’s house being incorporated into the design (now the School House behind the old buildings). Given the cost of the current 2012 rebuilding of the site to allow it once more to be a primary school, it seems incredible that the estimated cost of the original building was – in 1870 – around £500, a sum which would be met from a voluntary ‘rate’, set at one shilling in the pound.

The project to build the school owed much to the Weld Estate, because Mr E Weld gave the land to the project free of charge, and even arranged for the building materials to be provided at cost price!

Interestingly, up until 1881, education (that is now taken very much for granted!) was not provided free of charge. With the cost of each child being 1½d per week there was a real incentive to work hard, because any child who failed the annual end of year examination had their ‘fee’ doubled!

Breakfast Clubs are not really a new feature of schools – records indicate that in the 1860s the sole qualified teacher at the school was required to provide instruction between 6.30 and 8.00am before the full school day began. The qualified teacher was assisted by various pupil teachers, and there was regular turnover of the qualified teacher, which might have contributed to the Inspector’s report shortly after the new school opened in 1872 which referred to the perception that the “examination papers are discreditable to their teachers” – so the current Outstanding rating was a long way ahead!

The next major phase of building and development at the school was in 1966 when the newer classroom wing was constructed – although there had been an interim ‘new’ build in the 1950s. Changes to the education system in Dorset brought about a change from primary to first school, but the Purbeck Review has introduced a reversion to a two-tier education system, largely to address falling roles, and the resultant empty seats in many Purbeck schools. The consultation period of the Purbeck Review was a turbulent time for the school – the first proposals in 2009/2010 were for closing the school entirely, but the strength of feeling within the community (more than 350 people turned up to a public meeting at the D’Urberville Hall to make their feelings known) caused a rethink at Dorset County Council, and Wool C of E VA First School was saved, and the path to becoming a Primary School once more was clear. As mentioned earlier, the cost of building the 1870s school was around £500 – which seems miniscule compared to the £400,000 project to rebuild and refurbish the school that is now going on.

And so the next stage of the school’s history begins to unfold. Having once been a primary school (up until the early 1980s, when three-tier education was all the rage, and it became a First School), it is once again a primary school.  The school remains committed to being rooted in the community in order to help children and adults flourish.

Unfortunately not the ones with chocolate chips.

Some cookies are necessary in order to make this website function correctly. These are set by default and whilst you can block or delete them by changing your browser settings, some functionality such as being able to log in to the website will not work if you do this. The necessary cookies set on this website are as follows:

Cookies that are not necessary to make the website work, but which enable additional functionality, can also be set. By default these cookies are disabled, but you can choose to enable them below: